Beelink U59 Pro equipped with the latest Intel Celeron N5105 processor (More Faster Than N5095) with a TDP of up to 10W, has Dual LAN Interfaces, supports four-screen display output, and is pre-installed with the genuine Windows 11 Professional operating system.

The body size is 124*113*42mm and the weighs only 330g, which is not much larger than the ordinary set-top box. In addition to placing it on the desktop without taking up space, users can also use the VESA Mount bracket that comes with the product to hang the mini host on the back of the monitor. The shell of the fuselage is made of high-density ABS+PC material, and the interior uses a magnesium-aluminum alloy shock-absorbing frame.

The Intel Celeron N5105 is a quad-core processor, without hyperthreading, clocked from 2 to 2.9 GHz with 4 MB of L3 cache memory and a TDP of 10 watts. On paper nothing extravagant but to have been able to play with a prototype of MiniPC equipped with this chip, it offers a little more than twice the computing capacities of a Celeron N5095. This will probably not allow the Beelink U59 Pro to change the face of the world but will offer more muscle to small entry-level configurations. 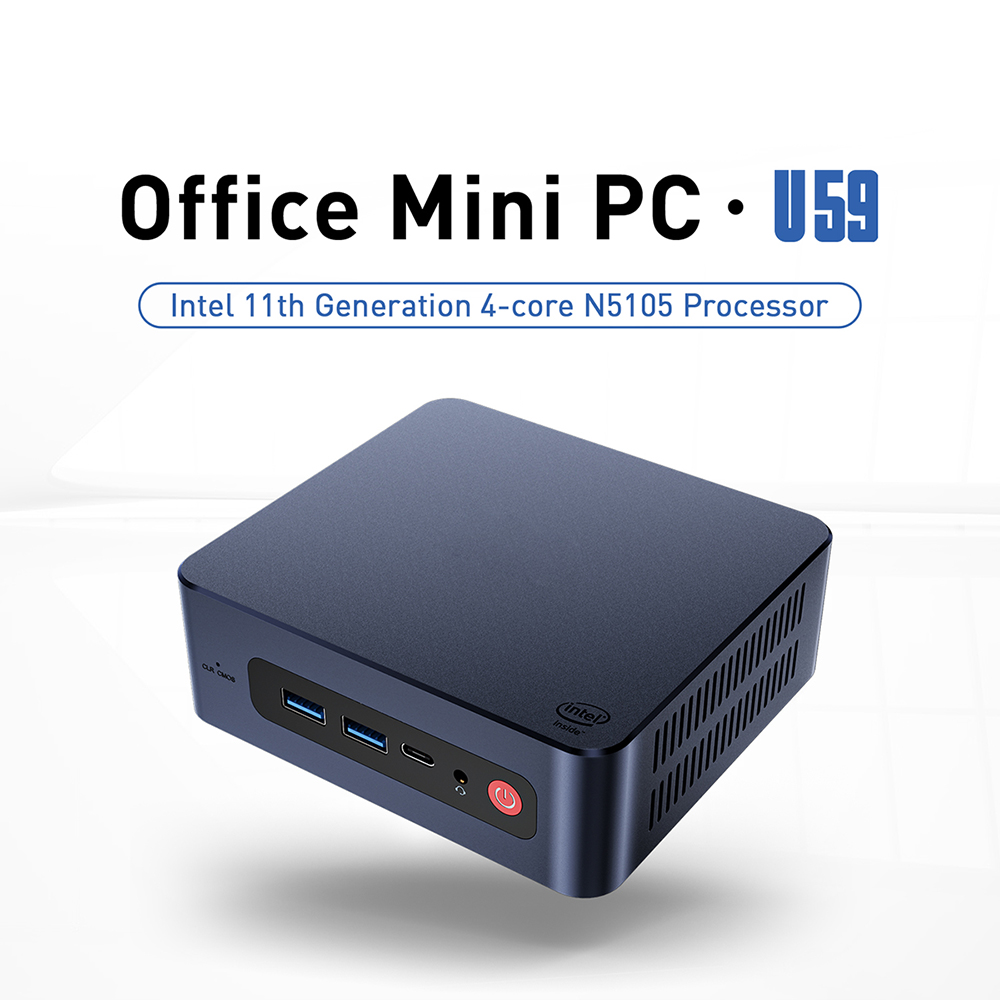