Beelink SER5 is equipped with AMD Ryzen™ 5 5600H processor, which is an APU based on Zen3 architecture and 7nm process technology, with 6 CPU cores, 12 threads, and an integrated 7-core Radeon Graphics GPU. The Mini PC comes pre-installed with 16GB of DDR4 3200MHz dual-channel memory and a 500GB m.2 NVMe SSD. Although the AMD Ryzen™ 5 5600H is a mobile processor released by AMD in 2021, its performance is still enough to beat the i7-10750H processor. The results of various benchmarks clearly prove this.

The SER5 motherboard accommodates two memory slots, an m.2 2280 NVMe solid-state drive slot, and a 2.5-inch HDD/SSD hard drive slot. Integrated WiFi 6E and BT5.2, cooling fan and CPU are on the other side of the motherboard. The wireless network card is also detachable, but the standard network card already supports the latest WiFi 6E and Bluetooth 5.2. The computer weighs only 455 grams, and the total weight with the adapter is less than 600 grams. It's not too much of a hassle to move it around the house or take it out the door. If you have a monitor in your office and at home, it's actually a bit lighter to carry than a regular laptop.

The fuselage is equipped with 2 HDMI2.0 interfaces, which can realize dual-screen 4K output. There are also 3 USB3.0 ports, 1 Type-C port for power supply, an RJ45 Gigabit Ethernet port , 1 USB2.0 port , and a 3.5mm audio interface . The product comes standard with a VESA bracket, which supports hanging on the back of the monitor.

Among them, HDMI, and 1 Type-C interfaces all support 4K@60Hz video output, so the Mini PC can connect up to 3 displays at the same time. In addition, the Beelink SER5 has a built-in TPM2.0 chip, which supports the installation of Windows 11 operating system, and the standard power adapter is 57W. 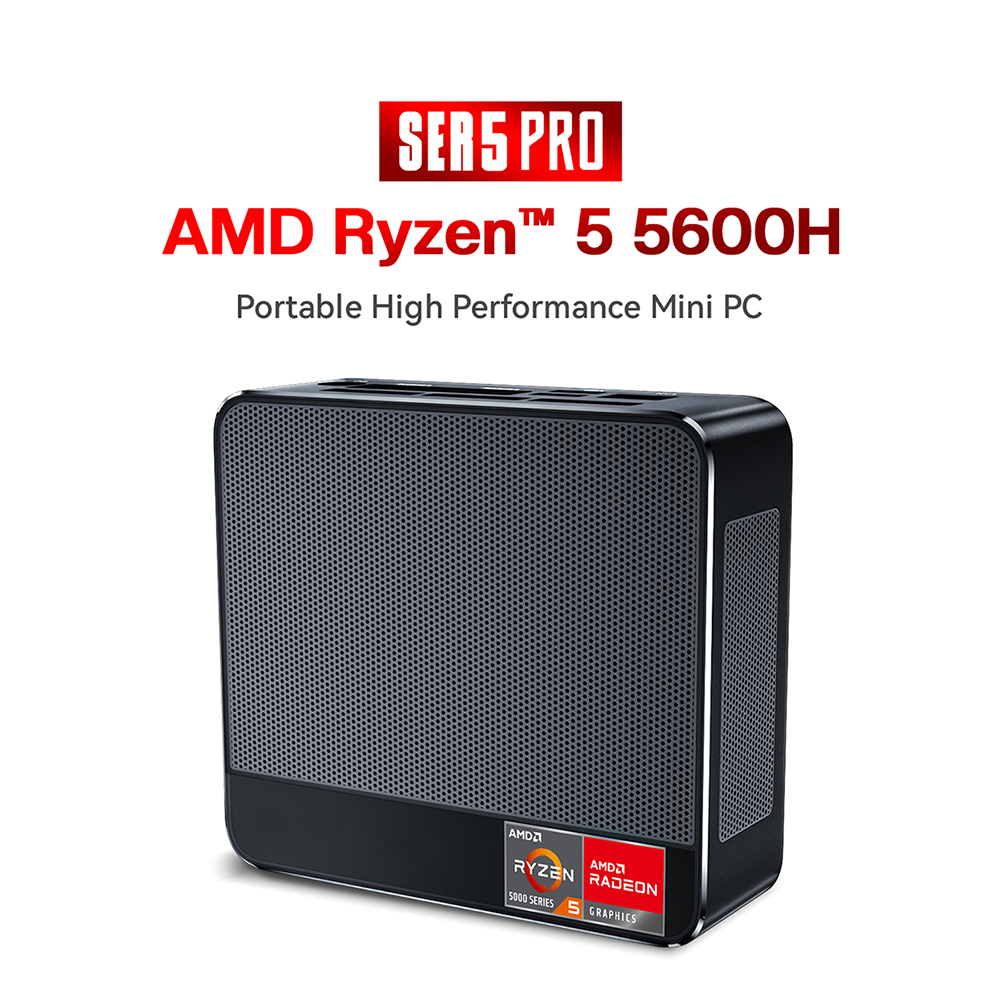 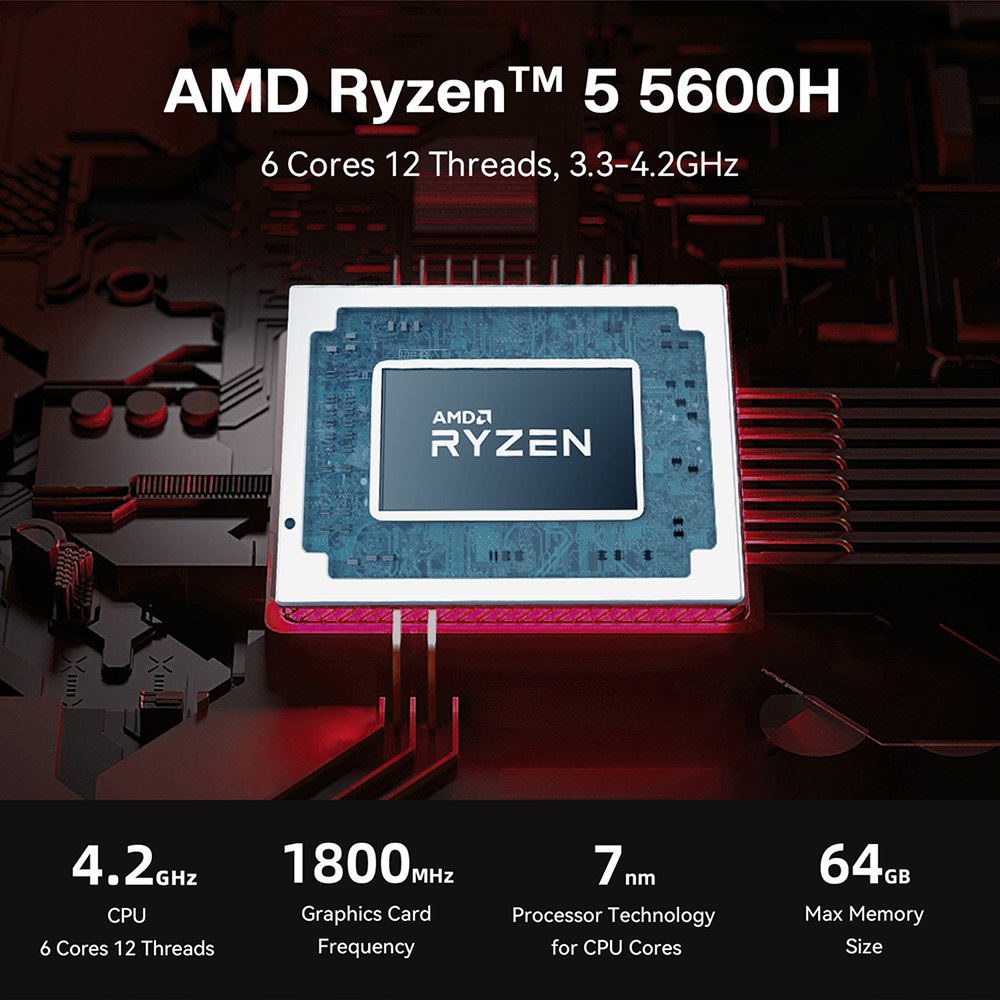 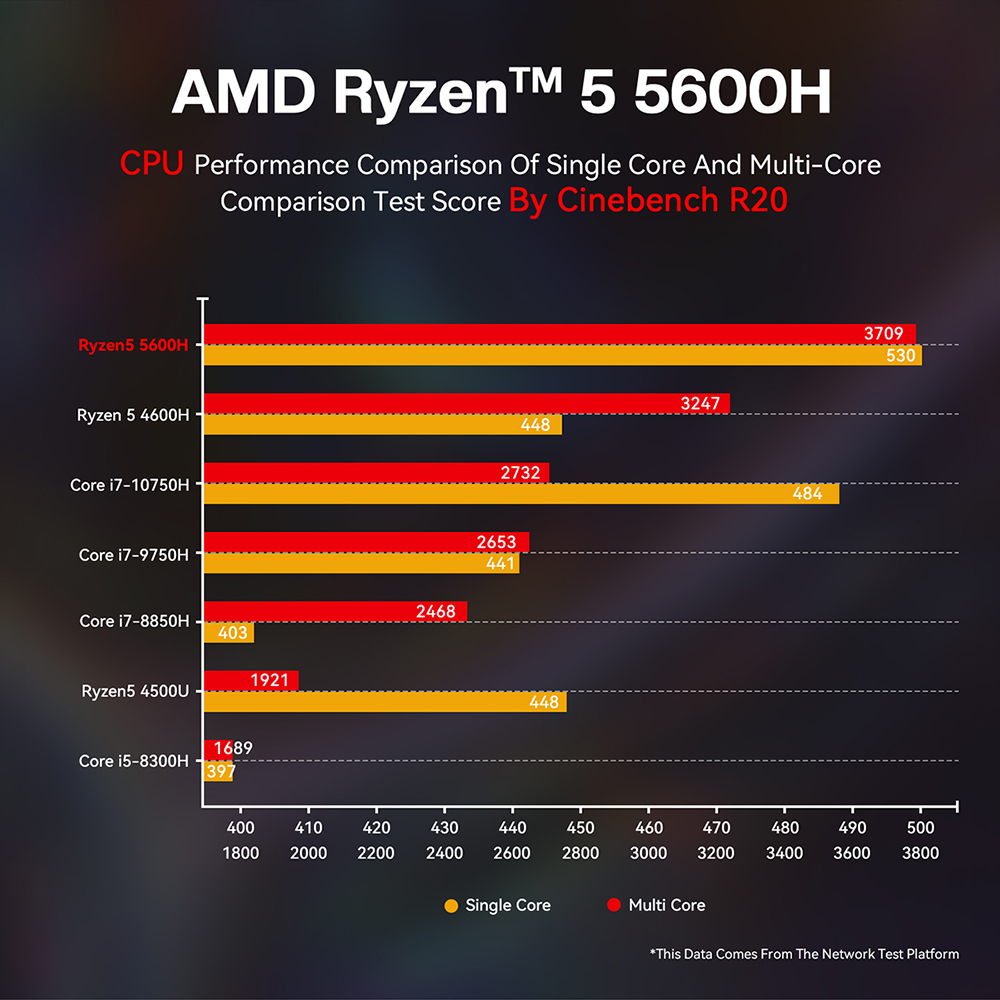 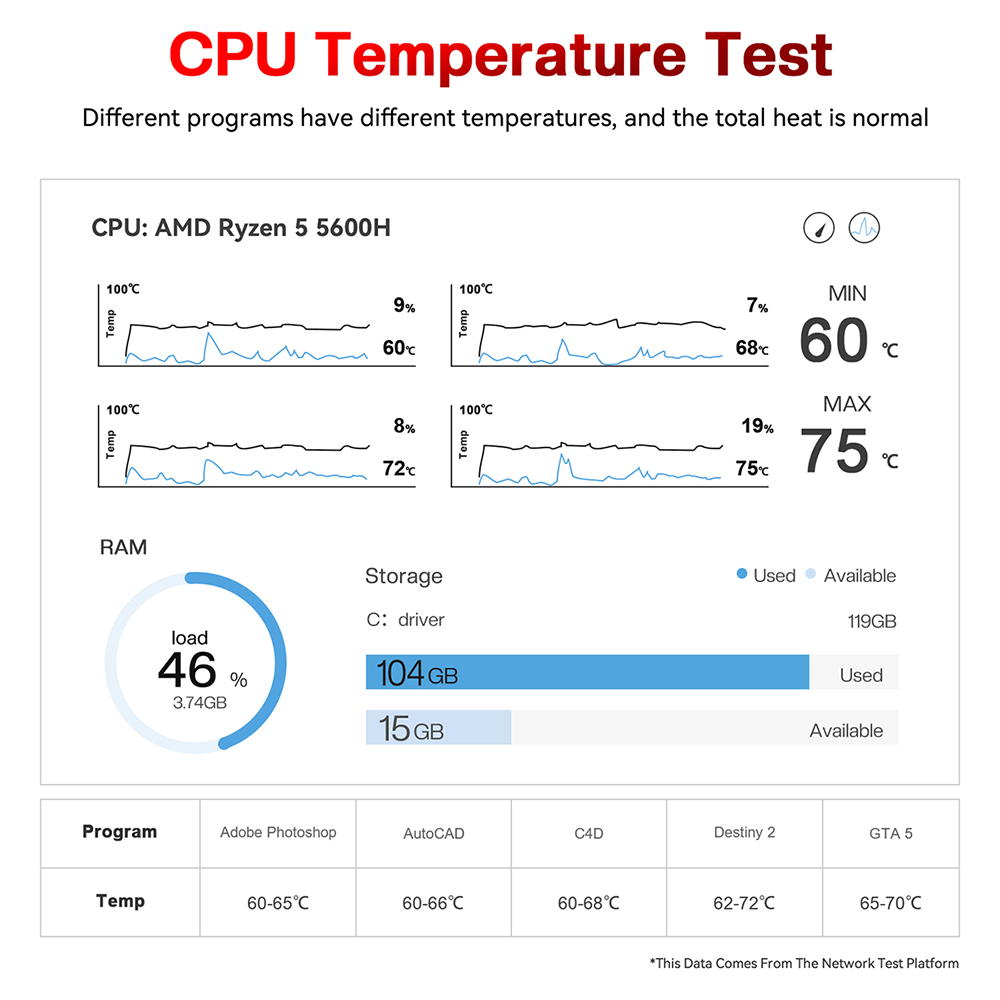 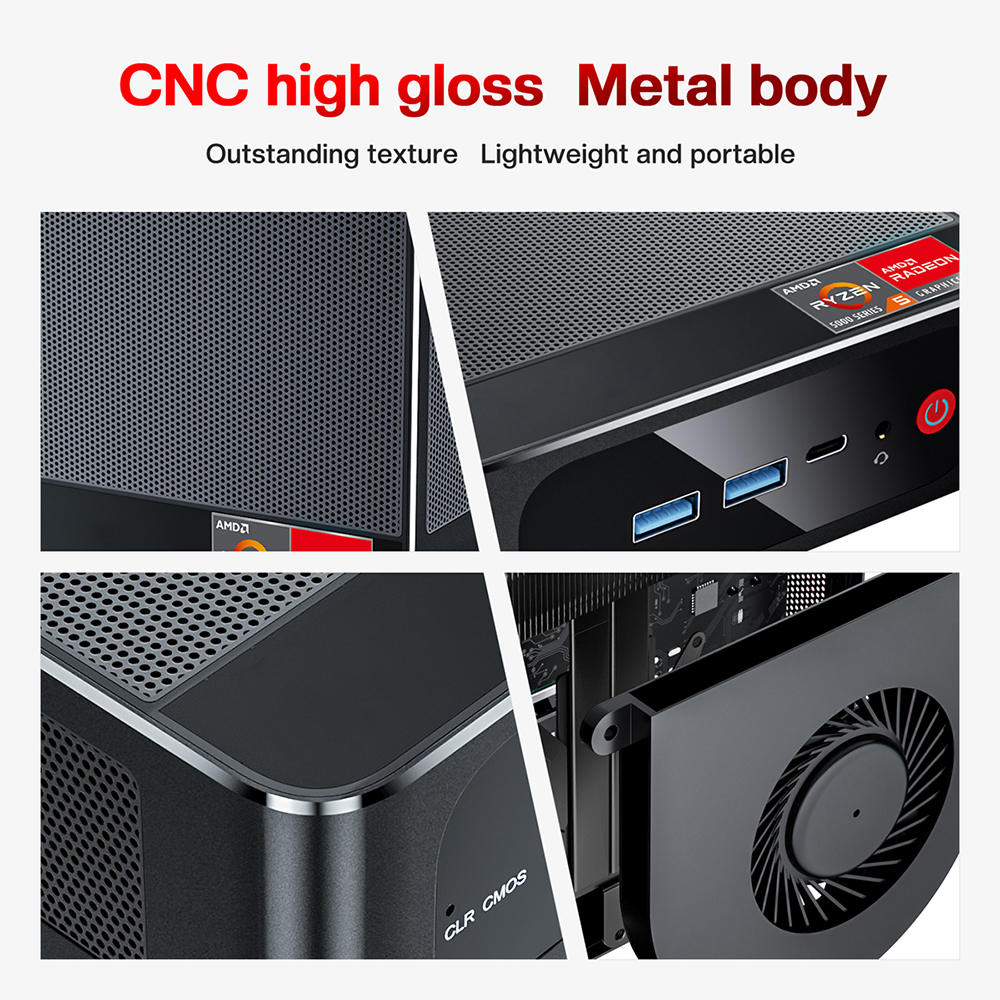 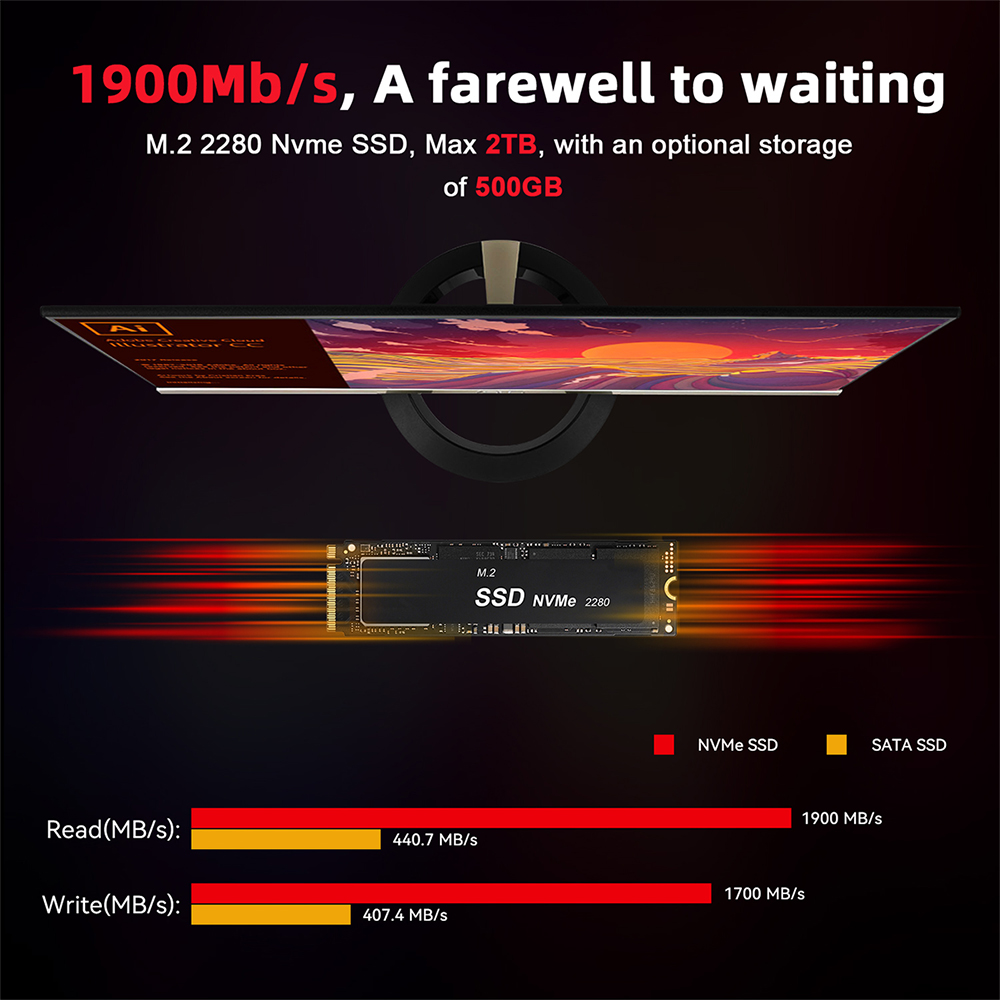 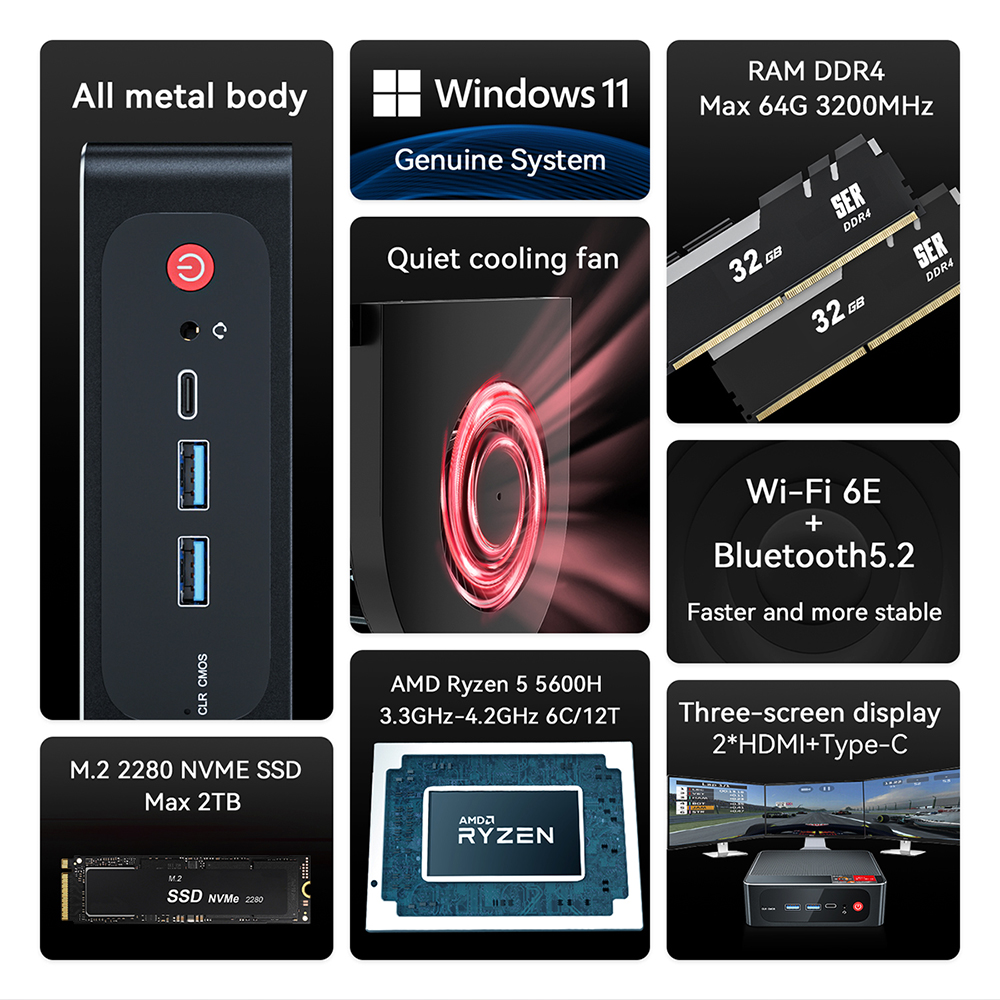 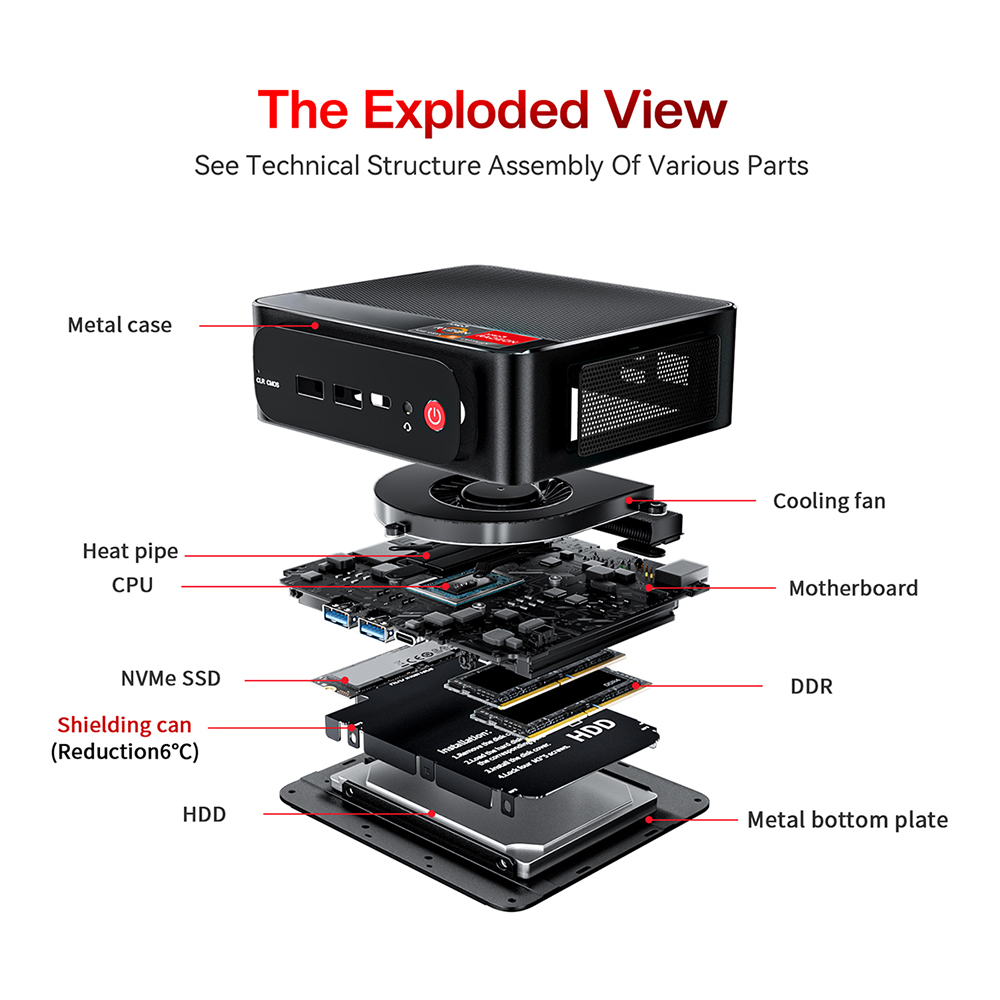 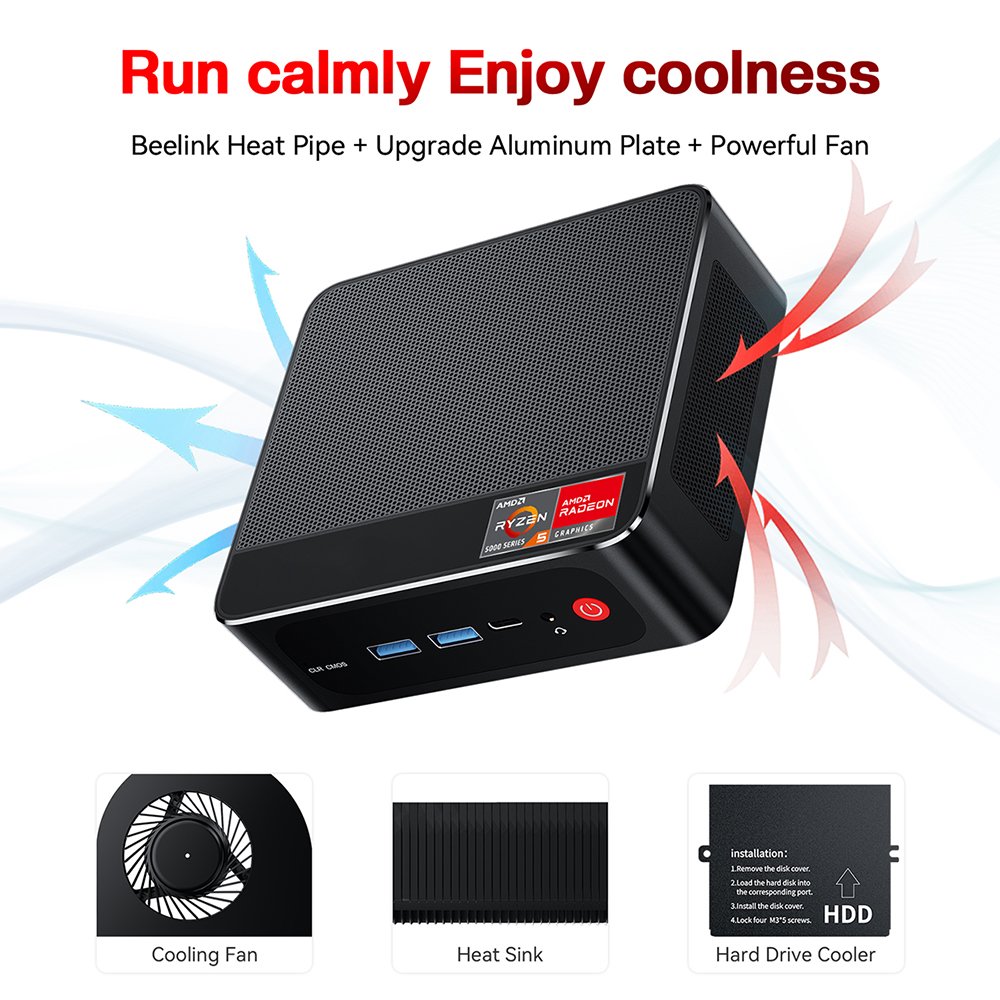 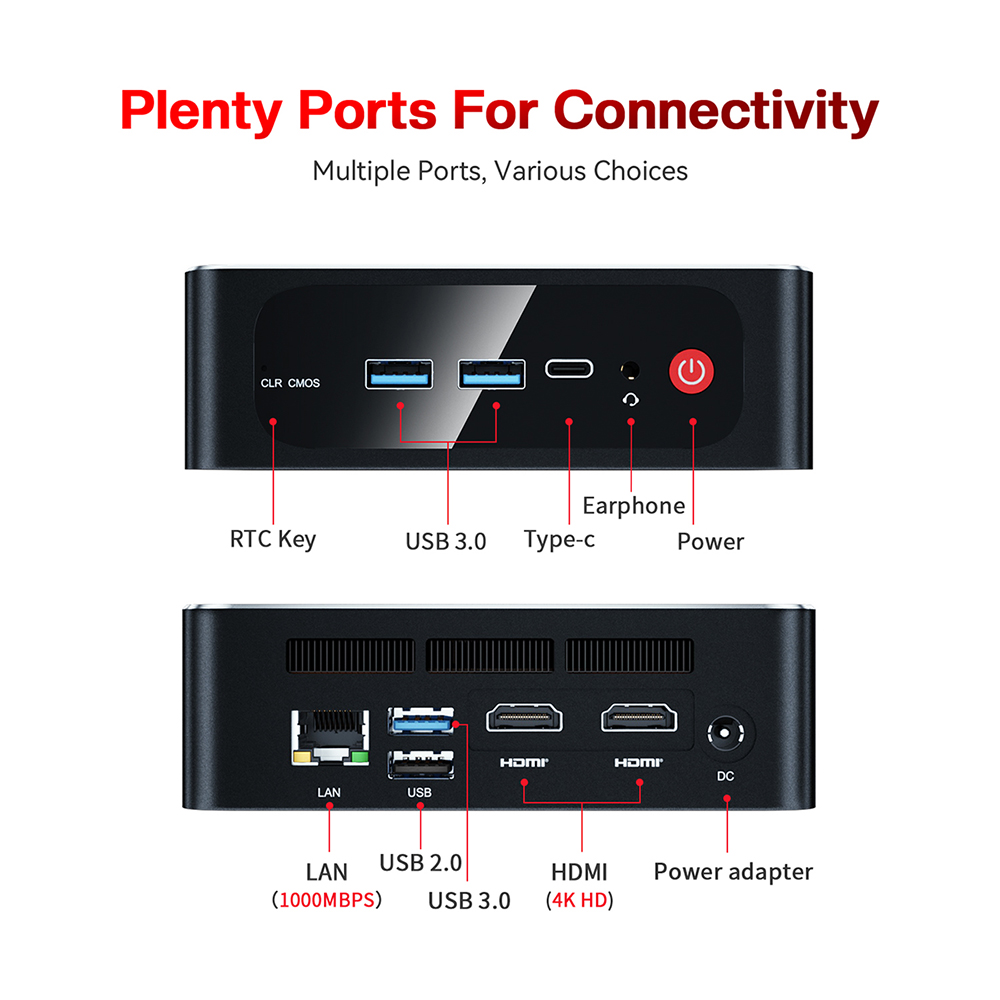 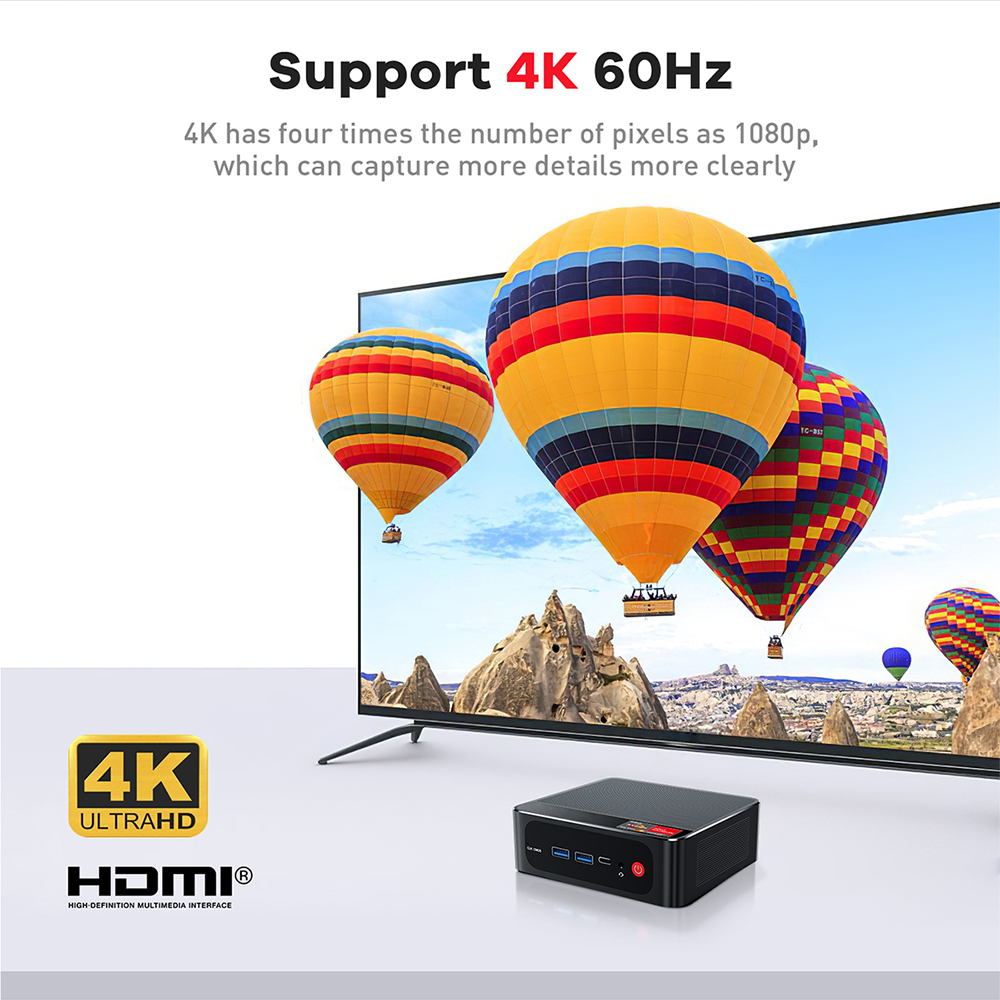 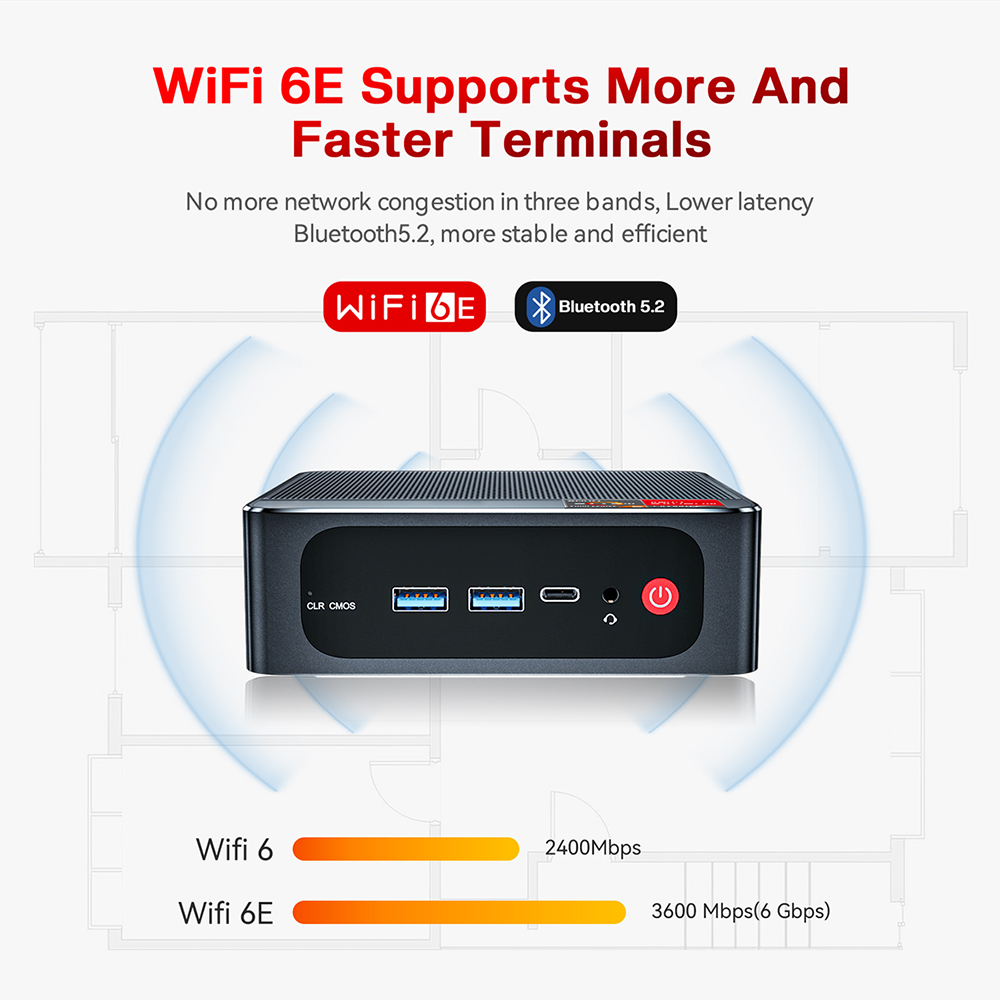 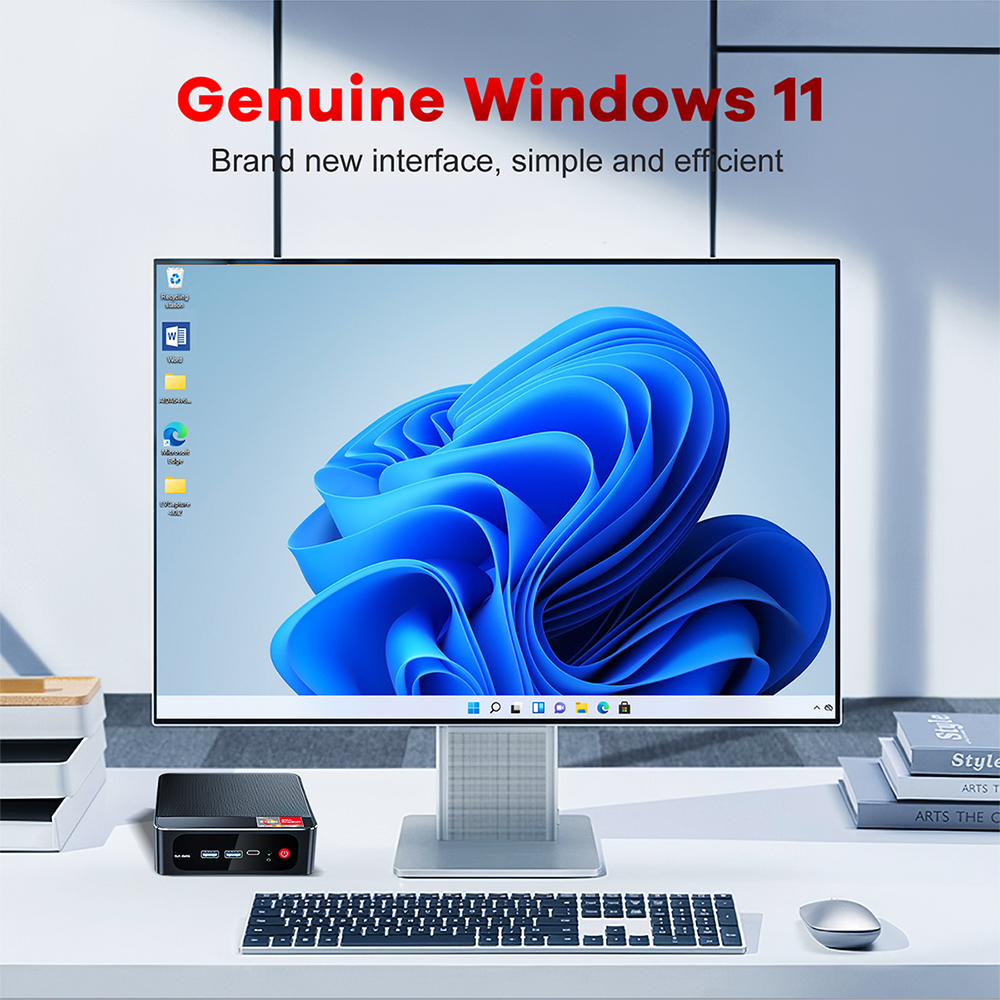 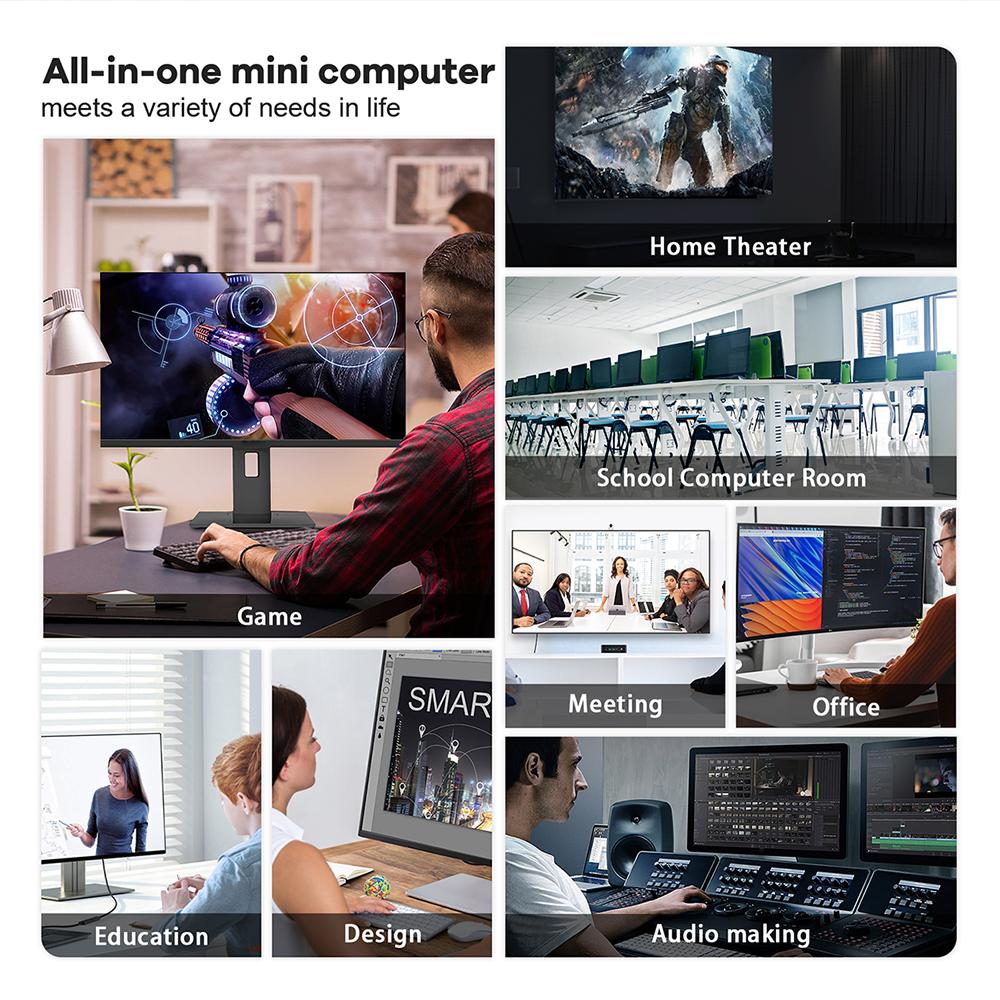 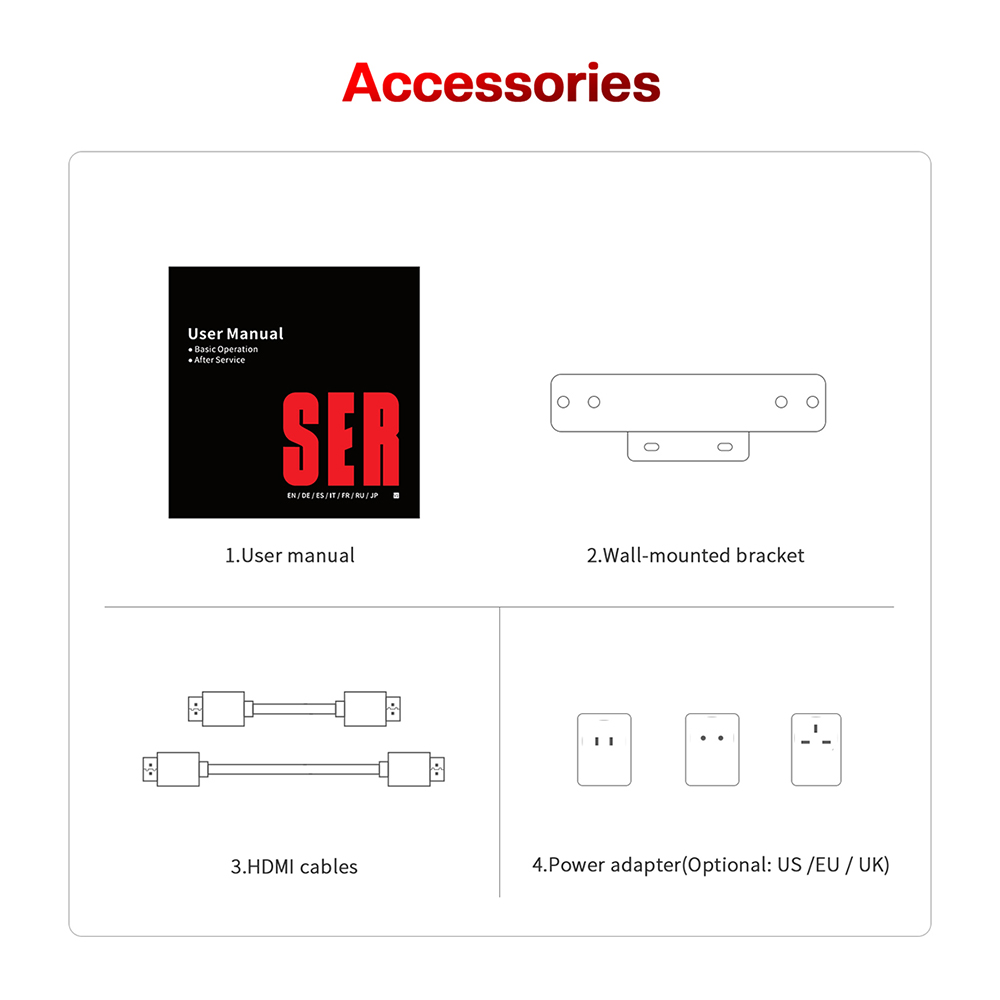 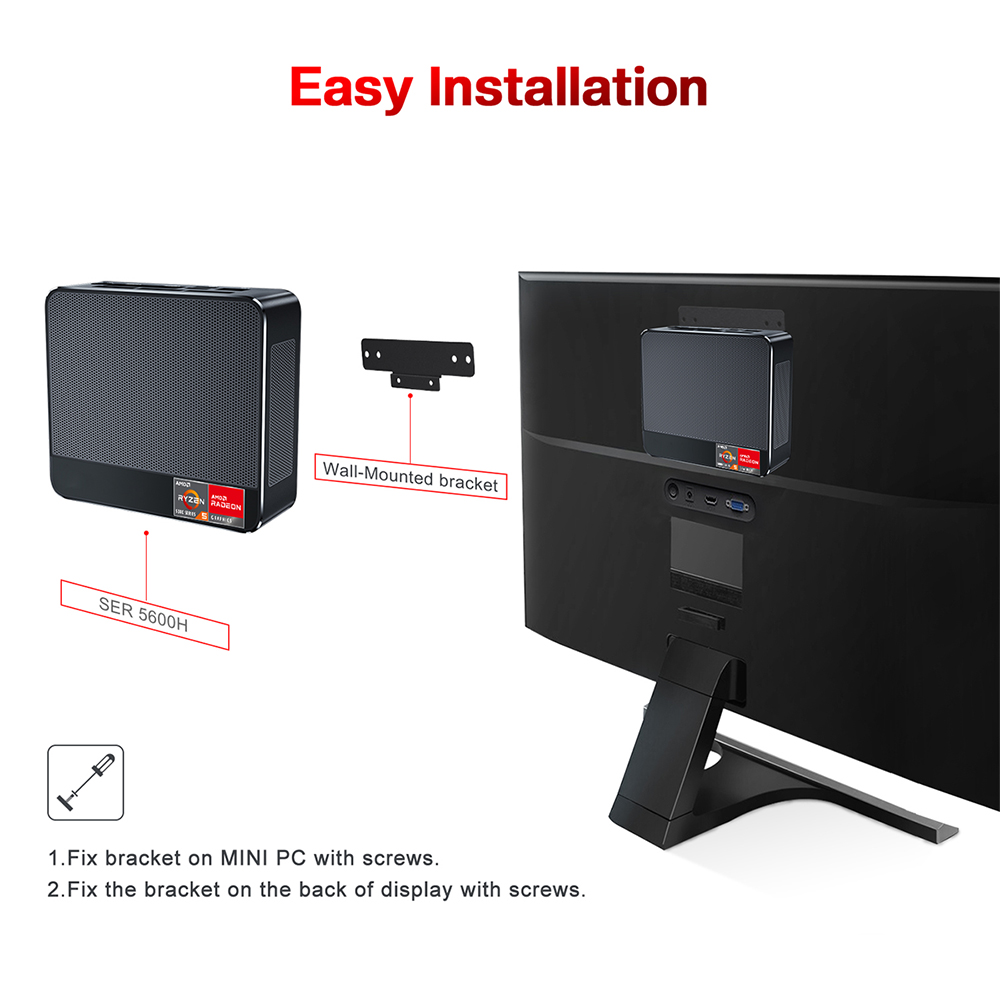